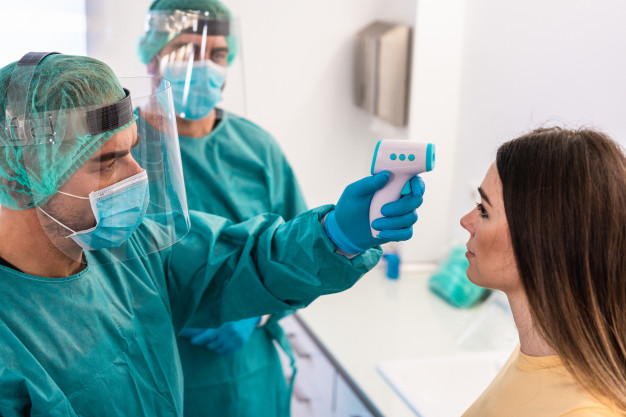 Why the US Is Falling Behind in Covid-19 Fight

The United States is falling further behind the rest of the world in fighting the coronavirus as cases set new domestic records.

New daily cases in the U.S. have spiked to a high of around 50,000, a glaring contrast with the European Union, where new case growth has largely been flattened and suppressed. The EU is averaging around 4,000 new cases per day, according to Our World in Data, less than a tenth of the new cases in the U.S., despite having about 100 million more people.

Anthony Fauci, the nation’s top infectious disease expert, was the latest authority to point to the contrast on Monday.

“If you look at the graphs from Europe … the European Union as an entity, it went up and then came down to baseline; now they’re having little blips as you might expect as they try to reopen,” he said in an online chat hosted by the National Institutes of Health. “We went up, never came down to baseline, and now we’re surging back up, so it’s a serious situation that we have to address immediately.”

Major European countries, for the most part, had much stricter and more sustained lockdowns than the U.S. did, allowing the virus to be suppressed to low levels before they tried to reopen. Elsewhere, notably South Korea, an aggressive system of testing, treatment, and isolation was able to suppress the virus without resorting to a full lockdown. Other places have had success in part due to mandatory mask requirements throughout the country.

All of these elements are missing in the United States. And more broadly, experts say the U.S. simply does not seem to be taking the virus as seriously as other countries.

“When I look at other countries and say, ‘What have they done that we haven’t?’ I could give you a list of things, but the single most important thing I would say is: Other countries have taken it seriously and we have not,” said Ashish Jha, director of the Harvard Global Health Institute.

Experts pointed to a lack of clear messaging and leadership from President Trump and some state leaders for leading to confusion and mixed messages that make it harder for people to follow important guidance like wearing masks.

“Instead of clear, sustained communication, we’ve had cacophony,” said William Schaffner, an infectious disease expert at Vanderbilt University. “We’ve had real tensions between political leadership at the national and state levels and physicians.”

He also noted the Trump administration “has pushed the responsibility to the 50 states, and as a consequence, we have a crazy quilt of policies that are changing.”

The contrast with the U.S. is especially stark in New Zealand, which hit the milestone of zero new coronavirus cases in June. Packed stadiums returned there last month for rugby matches.

The United States, meanwhile, is struggling to restart professional sports without any fans in the stands even as major European soccer leagues resumed competition weeks ago.

“Sports are like the reward of a functioning society,” Washington Nationals’ pitcher Sean Doolittle told The Washington Post on Sunday, saying he was still waiting for the results of a coronavirus test from Friday. “And we’re trying to just bring it back, even though we’ve taken none of the steps to flatten the curve.”

The EU said last week that it would start allowing in travelers from some countries with lower levels of the virus, but the U.S. was not among them.

Tolbert Nyenswah, Liberia’s former deputy minister of health, said he had worked with skilled U.S. infectious disease experts in fighting the Ebola outbreak in West Africa in 2014 and was surprised at the U.S. situation.

“To see the U.S. is struggling is unbelievable, is unimaginable to me,” said Nyenswah, now a senior research associate at the Johns Hopkins Bloomberg School of Public Health. He said the U.S. clearly reopened too early.

Now, after having reopened without suppressing the virus down to containable levels or having a strong testing and tracing system, some areas of the U.S. are considering the need to reimpose lockdowns as cases spiral out of control and their hospitals threaten to be overwhelmed.

Lina Hidalgo, the executive for Harris County, Texas, which includes Houston, said Sunday on ABC’s “This Week” that the state reopened “too early, too much,” leading to the current spike.

“What we need right now is to do what works, which is a stay-home order,” she said. “We don’t have room to experiment. We don’t have room for incrementalism when we’re seeing these kinds of numbers, nor should we wait for all the hospital beds to fill and all these people to die before we take drastic action.”

The White House has been defending the U.S. response by noting that the country has a lower mortality rate than Europe. “I think the world is looking at us as a leader in COVID-19,” press secretary Kayleigh McEnany said Monday, citing the mortality statistics.

While the number of deaths in the U.S. has been falling, the country is still losing about 500 people per day to the virus, according to data compiled by The New York Times. And experts warn that the number of deaths could rise again given the new outbreaks and the fact that deaths lag behind new cases and hospitalizations.

“It’s a false narrative to take comfort in a lower rate of death,” Fauci said Tuesday. “There are so many other things that are very dangerous and bad about this virus. Don’t get yourself into a false complacency.”

As the outbreaks worsen, Harvard’s Jha said it is not yet clear whether hard-hit areas will need to reimpose full-scale stay-at-home orders.

“If all three of those states, let’s just say Arizona, Texas, and Florida, really aggressively implemented and enforced a universal masking rule, if all of them closed down any real indoor gatherings and pushed hard on testing and tracing, and if they’d started like yesterday, then I think there’s a chance that all of them can get away without having to go to a shelter in place,” he said.

“But I’m worried that the longer we take and the more incremental we are in each of these places,” he added, “the more they’re going to find themselves at some point with no other choice, and that, of course, would be very unfortunate.”